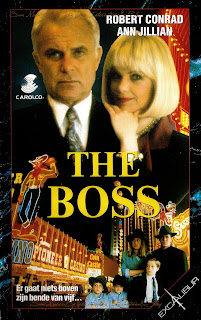 The Boss
Aka : Mario And The Mob
N° : 13011
Year : 1992
Country : Belgium & The Netherlands
Running time : 92 minutes
Actors : Ann Jillian, Robert Conrad, Mitch Rousse
Director : Virgil Vogel
Story : Mario, head of the mob, inherits a mob of his own, when his nephews and niece have to live with him. Along with Alice (Ann Jillian) his girlfriend, they stumble through mishaps and learn to love each other.
Posted by Dan at 9:43 AM