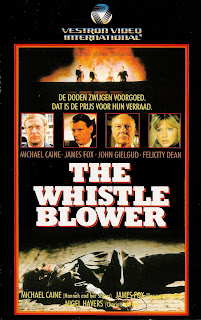 The Whistle Blower
N° : 57026 /87026
Year : 1988
Country : Belgium & The Netherlands
Running time : 100 minutes
Actors : Michael Caine, James Fox, John Gielgud, Felicity Dean
Director : Simon Langton Hendale
Story : A war veteran tries to investigate the murder of his son who was working as a Russian translator for the British intelligence service during the Cold War. He meets a web of deception and paranoia that seems impenetrable...
visit videodetective.com for more info