The Whereabouts of Jenny 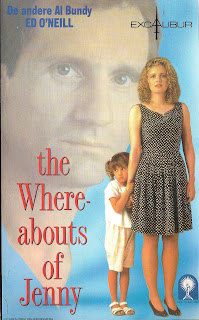 The Whereabouts of Jenny
N° : 10928
Year : 1991
Running time : 96 minutes
Country : Belgium & The Netherlands
Actors : Ed O'Neill, Debrah Farentino, Eve Gordon,Mike Farrell
Story : Jimmy O'Meara loves his daughter more than anything in the world. But when his ex-wife gets involved with a man who's involved with criminals, his world is turned upside down. They have entered the Witness Protection Program and the government attorney who is in charge of the program is being highly uncooperative with Mr. O'Meara's request that he be granted access to his daughter. This starts an intense legal battle. Source IMDB written by rcs4811)
Posted by Dan at 11:48 PM

Labels: 1991, Belgium/netherlands, Excalibur, In Collection, The Whereabouts of Jenny