The Education of Allison Tate 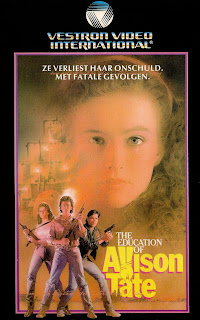 The Education of Allison Tate
N° : 56920 / 86920
Year : 1988
Country : Belgium & the Netherlands
Running time : 130 minutes
Actors : Barbara Bosson, Hank Cheyne, Sondra Currie, Leslie Hope, Donovan Leitch, Greg Mullavey, Joe Santos, Bernie White
Director : Paul Leder
Story : When wealthy real estate developer Richard Tate seizes land belonging to a Native American tribe for his next construction project, a group of young men from the tribe decide to kidnap Tate's daughter Allison as a means of persuading her father to abandon the project and return their land. As time drags on with no resolution in sight, Allison begins to sympathize with the plight of her captors and joins them in their fight against her father.
Posted by Dan at 12:44 PM

Labels: 1988, Belgium/netherlands, Education of Allison Tate (the), In Collection