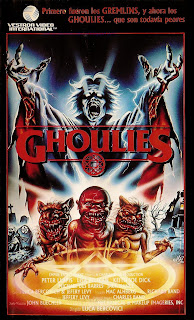 - Funny to see that the Artwork used in Spain is the same as Ghoulies III in the UK.
- More ghoulies here : Ghoulies

- Thanks to Rubén for giving me the Scans !